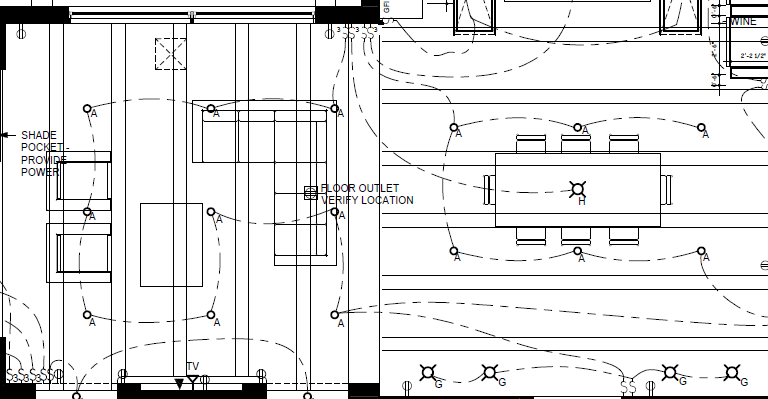 The Misconception of Interior Design

With the newfound popularity of Netflix, it’s safe to say that a wide variety of people spend their downtime binge-watching television shows. There has been a steady increase in viewers interested in interior design-related programs in the past few years.

While reality shows can capture unscripted, real-life events to educate a majority of people about the lifestyles of others, as viewers, we need to be conscious of the edited angle of the camera.

Suppose you look at the television industry from a business perspective. In that case, it’s easy to understand why a producer isn’t going to film an interior design show about drawing floor plans and following safety codes. Producers are looking for profitable entertainment.

They usually cast an attractive designer and film the flashy parts of the design process instead of the crucial constructive planning. Most shows are on a limited-time schedule and have roughly 40 minutes to capture their renovation from start to finish. This filming process devalues the designer’s job and cheapens the months we spend focusing on thorough planning and research.

Most interior design shows follow five easy steps: assess the client’s needs, design space, renovate, accessorize, and reveal to the client. This five-step process oversimplifies the designer’s job and removes the client from the design process.

Usually the client is integrated in the planning of the space so they can help the designer capture their style and create a place they’ll enjoy. On renovation-related shows, the designers usually do a small assessment of the client’s needs and come back the next day with a design plan that the client instantly approves.

This would rarely happen.

It takes much longer than a day to draw an intricate, accurate, and creative design plan and have it be approved by the client. Often, adjustments are made following the presentation of the initial plans.

During the renovation stage on television, the designer usually helps bust down some walls and maybe puts in some tile. Still, nobody sees the floor plans and elevations of the house, and it’s highly unlikely a designer would be part of the construction crew.

Then the designer decorates the space in less than a few hours with furniture that coincidently arrived on the same day, never mind back orders or lengthy production times. This process is fast and pretty inaccurate, which makes interior designers seem like magical decorators and not educated professionals.

Interior design television has created a space for designers to collaborate, learn and share their work with the world. Now it needs to align with reality.